Liverpool Football Club is a professional football club in Liverpool, England, that competes in the Premier League, the top tier of English football. Domestically, the club has won 19 League titles, 7 FA Cups, a record 8 League Cups and 15 FA Community Shields. In international competitions, the club has won 6 European Cups, more than any other English club, 3 UEFA Cups, 4 UEFA Super Cups and one FIFA Club World Cup. Liverpool bounced back from the defeat at West ham to beat the Gunners in resounding fashion running out 4:0 winners. Liverpool entertain Southampton at Anfield, who will be in good spirits after beating an inform Arsenal 4:0 last weekend. Liverpool carried on their unbeaten run in this seasons Champions League with a 2:0 win against Porto in Matchweek 5. 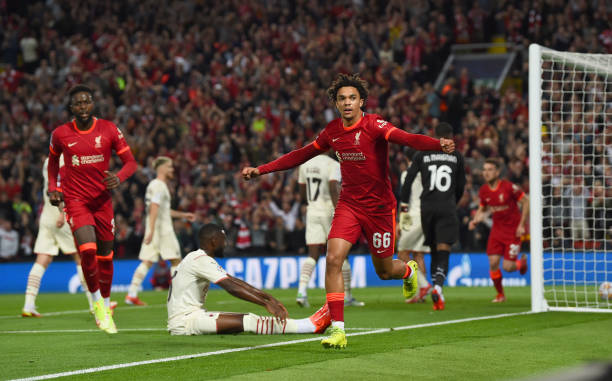 Liverpool will now travel to the San Siro for the last match of the group stages looking to get their 6th straight win in the knockout round. Liverpool became English champions for the first time since 1990 and despite not breaking the 100-point barrier, they set a number of records along the way.

The runaway Premier League winners finished an historic season just one short of emulating Manchester City's all-conquering 'Centurions' (2017/2018) after picking up 32 wins and three draws from their 38 games.

But while their attempts to seal glory at an earlier date than any other side in history (April 14) were effectively ended by the coronavirus, Liverpool's title sealing moment - when Man City lost to Chelsea on June 25 - was at least the quickest in terms of games remaining with seven.

Liverpool FC In The Premier League

Goals win games but scoring a hat-trick sets you aside more in record books. Below is a listing of those Liverpool FC players who have scored hat-tricks for the Reds in the English Premier League.

Liverpool have had 21 full-time managers. Kenny Dalglish is the only person to have managed the club on two occasions.

The Merseyside derby refers to football matches between Everton and Liverpool, the two primary clubs in Liverpool, England.

Jurgen Klopp got his chance to manage in the Premier League when he took over at LiverpoolFootball Club in October 2015.

Bill Shankly is the man rightly attributed with taking Liverpool Football Club from just another league team to the point where we were feared.

The reds being the most successful club side in England, they have appeared in numerous cup finals or otherwise significant matches over the years.